First went the hand sanitizer, disinfectants and toilet paper.Now hair clippers and hair dye are flying off shelves.In recent weeks, Americans’ shopping patterns are serving as a reflection of how the coronavirus pandemic continues to evolve and affect daily lives.“You can definitely see that as people have stayed home, their focus shifted,” Walmart CEO Doug McMillon said on the Today Show, Friday.After stocking up on food and consumable products, shoppers turned to puzzles, games and other timeless forms of entertainment as well as education, he said.Now, sales are showing that — without the ability to venture to a hair salon — folks are getting shaggy.“People are starting to need a haircut,” McMillon said. “You see more beard trimmers and hair color and things like that. It’s interesting to watch the dynamic play out.”Here’s a look at how buying patterns have shifted in the last few weeks: 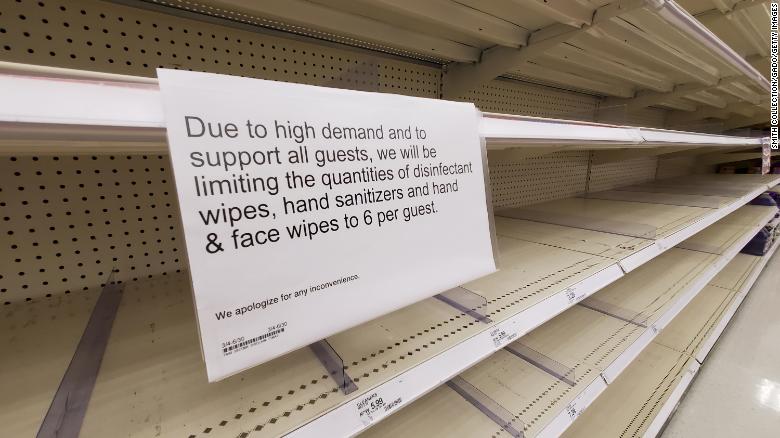 Soap and hand sanitizer flew off shelves in the early weeks of the pandemic. (Smith Collection/Gado/Getty Images)The first wave of heightened shopping showed consumers were buying up various means to protect themselves as the virus spread in the United States — masks, cleaning products and hand sanitizers.During the week ending March 7, hand sanitizer sales skyrocketed 470% from the year before, according to Nielsen data. Aerosol disinfectant product sales shot up 385%.Consumers nationwide were behaving as if they were preparing for a major storm.“We are working to keep our shelves packed with products similar to when a blizzard is being called for and folks know they might be stuck at home,” Andrea Karns, vice president of sales and marketing at Karns Foods, a family-owned chain of nine stores in Pennsylvania, told CNN Business in early March. 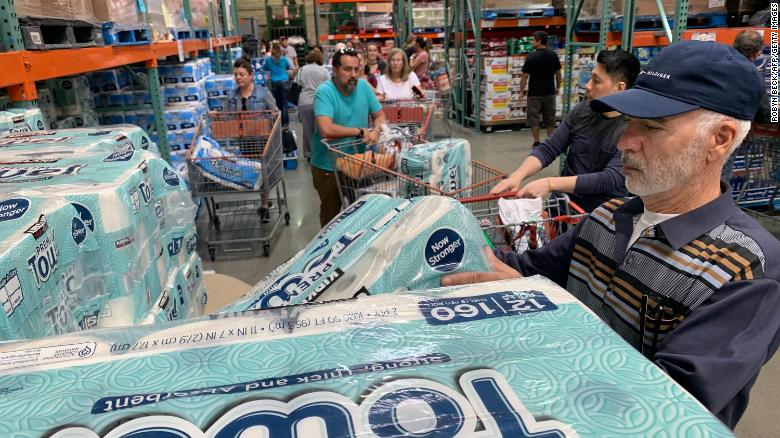 In early March, customers lined up to buy toilet paper on fears that coronavirus would spread and force people to stay indoors. (Robyn Beck/AFP/Getty Images)Then, in a buying binge that flummoxed many and served as an inspiration for Covid-19 memes and calculators, shoppers stockpiled toilet paper.Panic buying begat even more panic buying, and the run on bathroom tissue sent ripple effects through the supply chain.“Most mills are 24 hours, 7 days a week operations already. They are running on fixed capacity,” Tom Sellars, CEO of Sellars Absorbent Materials in Milwaukee, Wisconsin, told CNN Business last month. “It’s not like there’s an idle machine that can be cranked up to increase production.”Nielsen reported that bath tissue, facial tissue and paper towel products all saw triple-digit sales increases during the week that ended March 14. That same week, aerosol disinfectant sales spiked 519%, according to Nielsen. 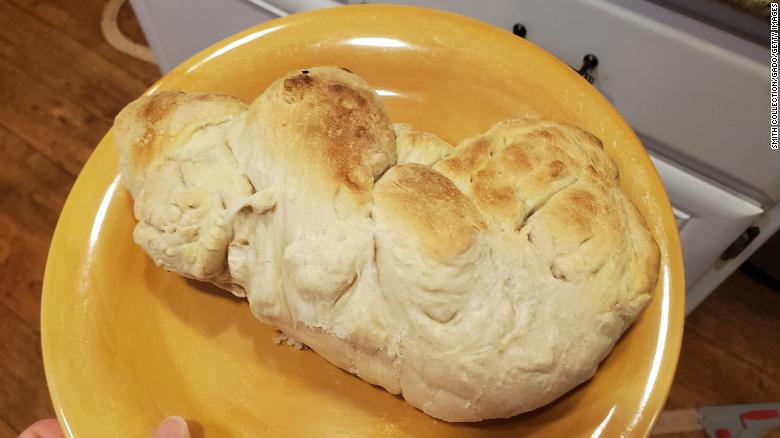 Once many states shut down all but essential businesses, many Americans went on a baking frenzy. Yeast sales spiked. (Smith Collection/Gado/Getty Images)As hunkering down at home transitioned to settling in, Americans turned to baking.In the weeks ending March 21 and March 28, baking yeast sales grew more than any other consumer packaged goods product, up 647% and 457%, respectively, over the same weeks in 2019. Spiral hams were also popular, with sales spiking 622% and 413%, in that same time period, according to Nielsen.Flour and yeast makers say there are no supply shortages of their products (plus, there’s never really a shortage of yeast). They’re just trying to play catch-up much like other manufacturers whose products are suddenly in demand.“It’s going to be a minute for the supply chain to react to so much more demand in such a short amount of time,” Sherri Merrill, procurement manager for Bob’s Red Mill, told Quartz.

Week 5: Hair clippers and hair dye on the rise 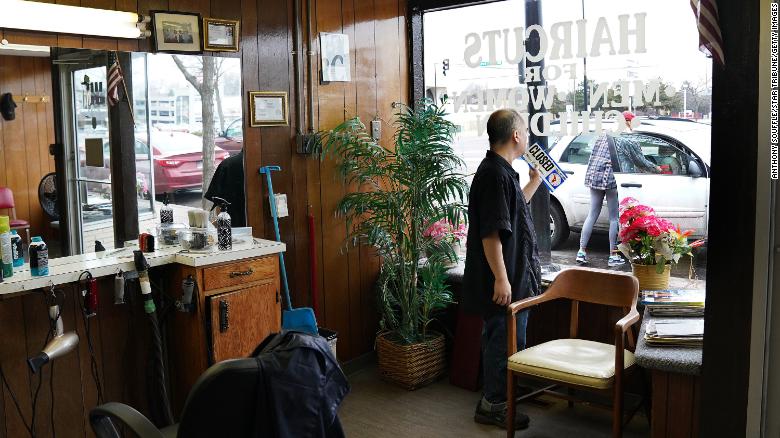 With barber shops and salons closed, many Americans are self-grooming at home. Sales of hair clippers and hair coloring products have spiked. (Anthony Souffle/Star Tribune/Getty Images)Spiral ham was still king during the week ending April 4, but Nielsen’s data also showed that consumers were starting to gravitate toward other products to maintain their manes.Sales of hair clippers increased 166% and hair coloring products rose 23%, from the same period a year earlier, according to Nielsen.Americans have become do-it-yourself barbers and stylists as hair salons across the nation have temporarily shuttered to maintain social distancing measures.Monique Campbell, owner of Endless Extensions in Dallas, told the Dallas Morning News that closing down is financially stressful, but she understands the situation.“By asking a stylist to come to you or you going to them, it’s still very high risk,” she said, according to the report. “I don’t want to put myself at risk [of catching the coronavirus] just to make sure someone’s hair is pretty.”

ASU reporting 825 cases among both students and staff

You may have missed

ASU reporting 825 cases among both students and staff